“
It is a good strategy indeed for shows to appeal to both young and adult audiences, as it creates bonding and generates communication among generations.
Chen Yoke Pin (Malaysia)

There was a good mix of shows, from very popular, crowd-puller shows to mild, abstract ones, as well as shows that challenge Japanese audience’s usual choices. The programming attracted audiences of very different levels, including the frequent show-goers, as well as fresh ones.

It would have been good if international guests were also allowed to participate in the local workshops for children/schools/families prior to the festival, as experiencing interactive programs would have been as invaluable as watching performances.

It would also have been good if the festival had organised sessions for selected, if not all performance groups, to share and interact with young audiences, and to have exchange workshops with other theatre practitioners at the festival.

On that note, more programs like workshops, symposiums, forums and open talks, would have been an encouragement to both audiences and theatre practitioners, especially since it is a rare opportunity to have practitioners from so many countries gather at one place.

Some of the shows from outside Japan raised my curiosity about the local Japanese audience’s reception of them. Considering the differences in cultural context, I was curious to know the decision-making process behind the programming and selection of foreign shows (other than the criteria of them being non-verbal), and whether or not one of the criteria involved suiting local audiences and context. 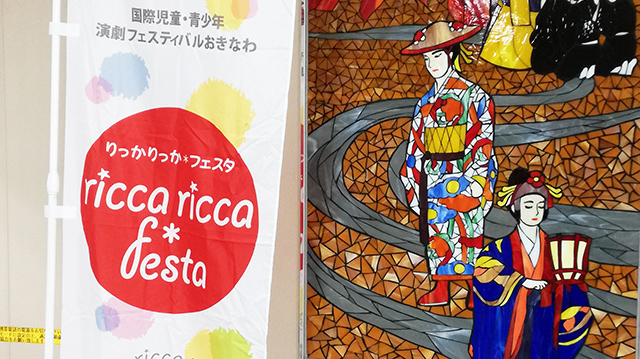 While the festival publicity in Naha City, ie banners and streamers, were obvious and could be seen almost everywhere in local markets, shopping malls, and monorail stations, I could not help wondering how the communities outside Okinawa city areas were reached.

The production for all the shows that I had the chance to watch seemed to go very smoothly.

The theatre halls were intimate in setting which allowed the audience to be closer to the performers. One point of improvement, however, would be to have more space between seating rows to increase comfort levels for the audience.

Volunteers were very helpful and organised and it was obvious that the volunteers were all from a very young age range. There were many young volunteers from other countries like Taiwan as well. The involvement of this age demographic definitely encourages exposure of both young practitioners and audiences to theatre.

The high level of adult participation at the festival exceeded my expectations. It is a good strategy indeed for shows to appeal to both young and adult audiences, as it creates bonding and generates communication among generations. 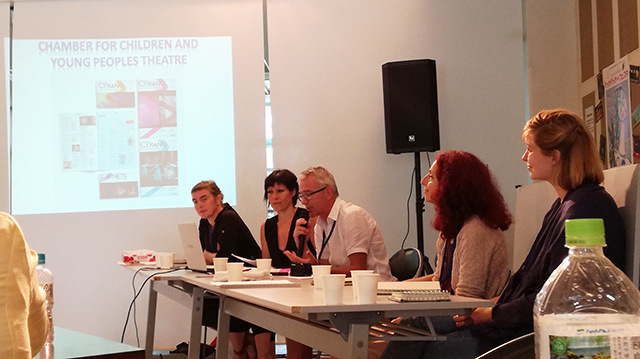 Purpose & Members of the Network

The 2016 Asian TYA Network in Okinawa was a good first step to create a platform for active practitioners to gather and get to know each other. The network definitely needs to include more groups and initiatives which were not included since the start of the first mapping of active theatre practitioners from SEA just started at this years networking session.

Most of the SEA members who attended the festival have a lot of experience working with young people, not just in preparing performances for young audiences, but also in using theatre, as well as a combination of multiple arts, to address social issues within their respective countries. Thus, most of the SEA groups seem to lean towards socially-engaged arts or community-engaged arts. Many groups not only use theatre, but other art forms too, also incorporating young audiences in the art-making.

There seems to be an emphasis on the arts for, with and by young people. These groups that employ these kinds of approaches without necessarily organising festivals, may not fully subscribe to current ATYA network requirements and regulations where theatre for festivals is still the major focus. 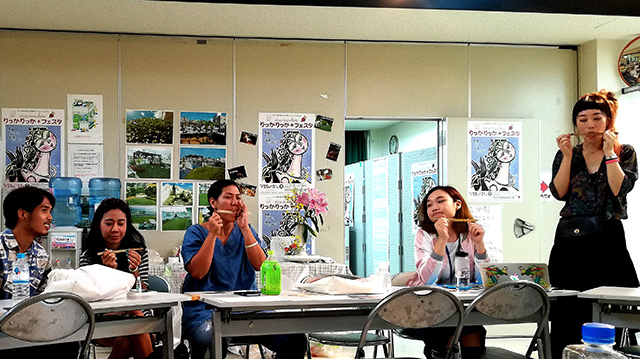 From the week-long network exchange with theatre practitioners, there are a couple of items that should be further discussed in the coming meeting:

Research visits to the 3 selected SEA countries, which was planned as the Phase 2 follow-up project.

Residencies as a platform, which was proposed for a more in-depth and longer exchange program to understand better the approaches employed by different groups. Exchange areas could be very diverse, some of the highlighted ones were programming and management, production, content creation and methodology.