The trip to Kuala Lumpur (KL), Malaysia to understand the creative and cultural landscape of TYA, with support from the Japan Foundation Asia Centre, was a very timely and beneficial one. Particularly, it provided a useful comparative case study to examine the socio-political status of KL artists in relation to Singapore. The one day trip included a site visit to Kuala Lumpur Performing Arts Centre (KLPAC), Play Haus in Pearl Centre Shopping Mall, and a TYA Artist network session with several Malaysian practitioners from various discipline. This session was supported by The Japan Foundation, Kuala Lumpur.

One of the commonalities that was identified between Singapore and KL is the cultural diversity in both countries. Due to the historical and political context, both countries embrace its multicultural society and consequently the topic of language became a main point in the discussions in the TYA sessions held in Singapore and KL. It is interesting to note that in Singapore, TYA practitioners mostly produced shows in singular language (e.g. English, Mandarin, or Malay), with an educational approach due to shifts in educational policies and nation building agendas. These productions were mostly targeted at students. Whereas in Malaysia, there is a tendency for TYA practitioners to slant towards a more community based approach with each company/group targeting specifically at its own target audience. This meant that practitioners often worked within their own “language” community, without necessarily acknowledging the works of other practitioners in the same field. This also indicated that practitioners were very aware and selective of the content and subject matter aimed at the specific group. For example, Linda, Founder of Play Haus shared that some of the themes that were explored in their plays included intergenerational sharing, filial piety and embracing individual talents that were more emphasized to the Chinese speaking community.

Due to the rapidly changing culture of childhood due to technological advancement and globalization, there also seems to be a slight anxiety to preserve culture and dissolving cultural identity. Both countries felt that language could be a useful strategy to remind young audiences of their heritage, tradition and identity.

It was also heartening to learn that while financial challenges for companies are the primary concern, dedicated spaces in KL for TYA companies to run activities was possible and accessible. This situation is very different in Singapore as most theatre spaces are mostly government owned and are shared across various arts groups. However, KL TYA practitioners also pointed out that funding was a challenge as there is little support from the government. As a result, companies find creative ways to seek smaller amount of funding from various sources. For example, Rapsodi Gamelan, due to its unique content using gamelan music to explore cultures from around the world, was recently established under the Krishin Jit Astro Fund. Think City also shared in the dialogue that there is the intention to develop more local content, engage the community and work with artists to help grow KL into a Creative City. There are several grants (not specific to TYA) to help promote arts, culture and heritage in the city.

Japan Foundation added that they are willing to support projects across ASEAN countries that help bridge cultural and artistic links with Japan. However, these grants are dependent on the scale, structure and type of project.

One of the highlights of this trip was also to discover the intention to establish a TYA Festival, led by Kung Yu (Artistic Director), in partnership with Gaik Cheng. Even though the festival is intended to be based in Penang in its 2017 inception, it is heartening to see the potential within the TYA community that can help illuminate the significance of the festival. However, Kung Yu mentioned that this was very challenging due to the absence of funding and ensuring presenting “quality” work. He strongly felt that the current state of TYA in Malaysia has not reached the required “artistic standards”. This of course is very subjective.  He proposed to work with the Japan Foundation to possibly bring selected TYA practitioners to international festival to broaden their understanding of TYA on the international level.

As a result of the TYA artist meeting in Singapore, Kung Yu identified the possibility of inviting key practitioners to KL to conduct masterclasses/workshops. He proposed working with Mr Benjamin Ho, Artistic Director of Paper Monkey Theatre, as puppetry skills would be interesting to develop. This first step into a Singapore-KL partnership would be economically more feasible and beneficial for both communities, as it removes the pressure of presenting ready-made productions.

As an independent producer/researcher in the field of TYA, this trip has been beneficial in allowing me to understand the field of TYA across the geographical border. Due to the similar cultural sentiments, I have identified possibilities of partnerships and collaboration models. Equally, it is important that practitioners in each country better understand the socio-political structures and environments that govern the field of TYA. Rather than just thinking about importing or exporting productions, I would recommend the partnership start on a more ground-up level by continuing the dialogue and inviting key practitioners to explore ways of working. I believe this process would be more organic in finding creative synergy to push the field of TYA.

One observation is that Play Haus has empowered very young directors, designers and producers to run the company with the guidance of Linda. This not only signals the interest of the young people involvement with TYA, but also suggests the desire to tap onto the creativity of the young. In recent conversations in Singapore, directors and NAC have expressed a slight anxiety surrounding issues of succession This would be a useful case study and point of reflection for the NAC and practitioners to think about possible strategies and support with regard to this area.

It is also positive to note that Singapore has been identified as a potential hub and gateway for future TYA activities in the South-East Region, which is aligned with the focus on TYA as stated in the NAC Master’s Plan. I believe that Singapore has the talent, infrastructure and resources to help support the growth both locally and regionally. I would also strongly recommend TYA practitioners look beyond Singapore to find new ways of approaching TYA.

Caleb Lee
Singapore
Producer / Researcher
Where we visited…
Other Reports 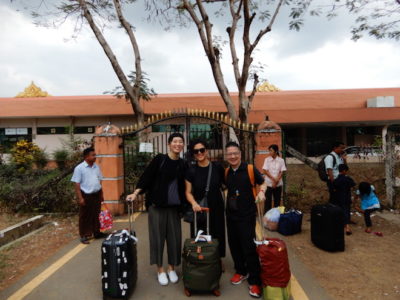 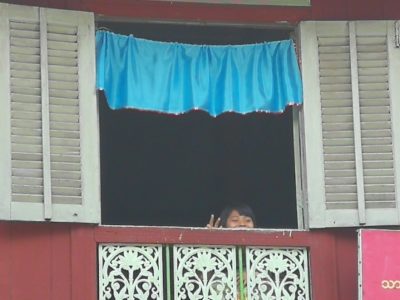 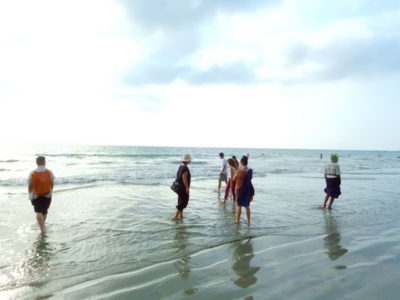 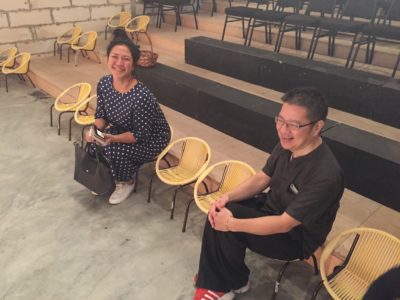 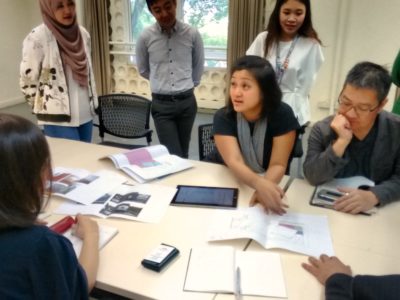 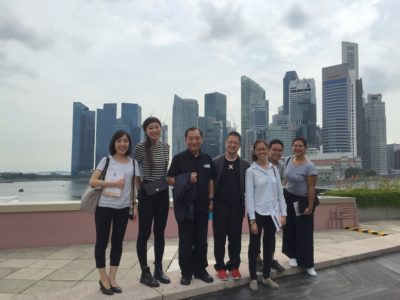 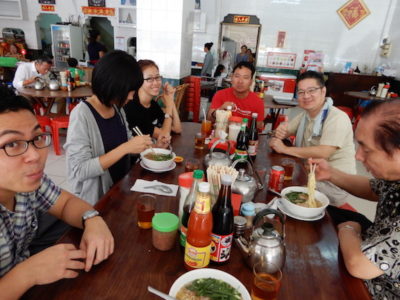 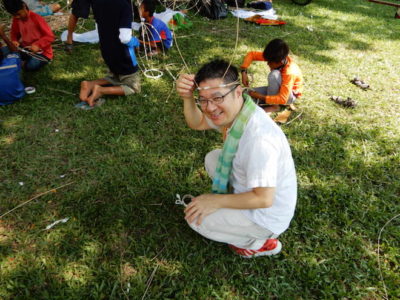