“
I believe that this will make us much more engaged, not only with relationships between friends in each country, but also for working together in the future.
Piewnam Chalermyart (Thailand)

This is the first time I heard about the Asian TYA Network program and ricca ricca*festa or International Theatre Festival Okinawa for Young Audiences. I would like to thank you ACO Okinawa and Japan Foundation Asia Center to invite me to join in the Asian TYA Network program. As it was my first time, I was very concerned about it, because I was afraid that I would not be able to share knowledge and experiences about our activities related to TYA very well. And I had many things to think about for this trip because it was the first time I have travelled alone. But I believe I have learned several things during the time, and had new experiences, that are like a gift for life. 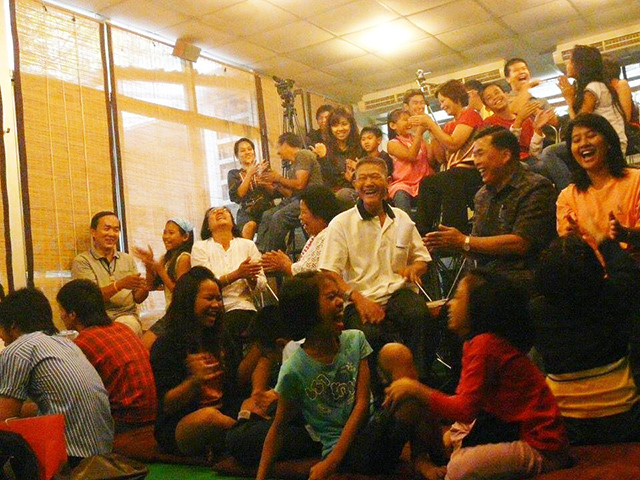 The first day of arrival in Okinawa, the first impression for me is that I have found friends, Sigmuad from Teatro Mulat, Philippines and a new friend named “Ness” from the Philippines also. There were also two young boys who came to pick us up at the airport, by which time it was almost 22.00 PM. I am so sorry, but I can’t remember the names of them both.

They took us up to the hotel on the monorail. Sigmuad, Ness and one of the staff were down at the Asahibashi station. I was down at the Omoromachi station, which is far from the airport, about 10 stations and it took no more than half an hour. I think it is very quick and convenient, at that time I was not feeling very sleepy. I stayed at Libre Garden Hotel, It’s near Omoromachi station just five minutes walk to the hotel and just ten minutes walk to Naha Greenery Center.

In the afternoon on 25 July, Nao San came to pick up participants to stay at Libre Garden Hotel to join in the orientation. I met friends from Thailand and China there. We walked from the hotel to Naha Greenery Center, and along the way I found a close friend from Laos.

During the orientation I met new friends. Some of the friends were known via Facebook, and some people met at the festival or conference previously several years ago. I believe that this will make us much more engaged, not only with relationships between friends in each country, but also for working together in the future. And of course the orientation makes me know much more about the TYA Theatre for Young Audiences and the ATYA Asian Alliance of Theatre Festival for Young Audiences.

For me, it's very interesting, that we can create a network of art works for the youth. It is a collaboration between countries in developing children's artistic festivals. It also caused an exchange of knowledge and experience in working for inspiration to our friends. To join this seminar I had the opportunity to watch performances and much more besides, that have been carefully selected by ricca ricca*festa for an audience of babies, children and families. I am impressed with the many shows because each show can be called smiles, tears and laughter. And they make everyone happy. Some shows are some of the things that made me want it back because it had answered all these questions? That's why I stayed there for a long time. Thanks to all the artists who created the performances, such wonderful creations. 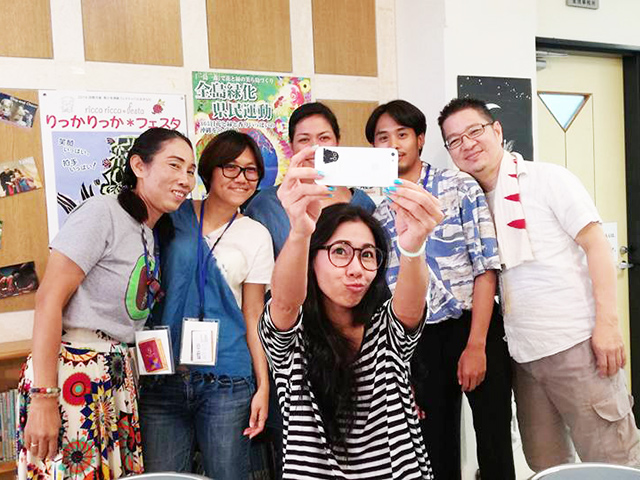 I think all of us who visited this time, has the same aim to be creative, which is the best thing for youth. I liked the words of Shimoyama-san to say "You must make your performance loved by adults, as youths will love the performance also." I agree with him because it is really like that. During the time, Semathai will create a puppet performance, and we will consider about our group audience first. How can we create our show to be able to attract viewers, from children to adults. Therefore, all of our shows, will be so the viewers from every group can enjoy watching together. So our main target group for us is families.

Finally, I hope our puppet performance will have the opportunity to be part of the ricca ricca*festa in future.