Nouth Phouthavongsa (classical dancer) was born in Huaphanh province, Northern of Lao PDR, she graduated in 1980 at the National School of Music and Dance in Vientiane, where she is currently a lecturer and has been active in coordinating the visits of foreign dance troupes. In 1986, she was rewarded a scholarship by the Indian Council for Cultural Relations to study in India where she received her training in the Odissi style of classical dance. She graduated from the well-known and highly esteemed Sriram Bharatiya Kala Kendra Institute in New Delhi. Since then, she has choreographed many dances for opening and closing ceremony such as the 7th national games which held in Savannakhet province in 2005, the 25th SEA games hosted by Lao PDR in Vientiane capital in 2009, and the 16th ASEAN National University games in 2013, choreographing many dances for children. She is volunteer as a dance teacher at the Children Culture Center every Sunday. Moreover, she has attended several seminars on cultural exchange about music and dance within Asian countries and Europe. 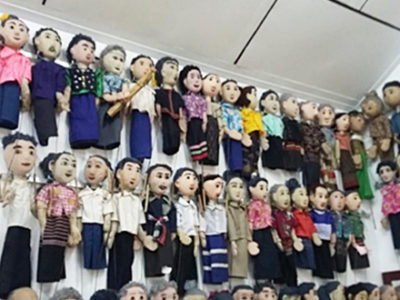