Hugh W Brown is based for part of the year in Sihanoukville, Cambodia and the rest in Belfast, Northern Ireland. He is an Actor with 21 years experience in Film, Theatre, Street Performance, Circus, Clown and Music, specialising in producing work for young audiences. Recent theatre credits, with CahootsNi, include Duck Death and the Tulip, The Family Hoffman Mystery Palace and Egg (which recently toured extensively in the United States and in London was winner of Best Show for Young People Off West End, OFFIES). As a solo performer he has performed all over Europe, Asia and Australia with highlights including representing Ireland in the Street Performance World Championships, performing at the Opening Ceremony of The Special Olympics in Croke Park, Dublin and with Lunar Circus in Western Australia. In Cambodia, Hugh has recently written, produced, directed and performed the lead in the feature film INSIDE THE BELLY OF A DRAGON which received a special selection at the Cambodian International Film Festival. He has also recently formed WOW!ARTS CAMBODIA with a view to producing the first international festival of theatre for children in the Kingdom of Wonder. Throughout those 21 years and because of his work with leading arts organisations like Belfast Community Circus, Lunar Circus, City Fusion and CahootsNI, Hugh has developed his own programme of creative exploration, Theatrical Thinking, working with people of all ages and backgrounds, using the disciplines of Circus and Theatre as a metaphor for learning about confidence, creativity and individual expression. 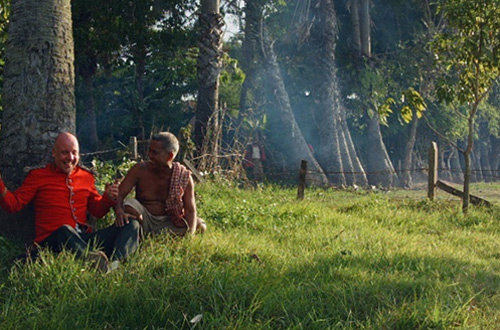